I didn’t realize the Million Air fixed-base operator (FBO) was a franchise. With the small jet sales and small airport demand rising, servicing that industry seems like sensible option.

I frequently use online ordering for food delivery purchases, and so do many other people I know. I know my purchases are signifcantly more than it would be if walked in and I order online from restaurants I wouldn’t otherwise visit.
Regardless of my positive personal experience with online ordering, it is a cheap way to increase sales and introduce your product to new customers. I would favor a restaurant franchisor who offers an online ordering system.

Pizza Pan launched eOrderManager, a new software package that lets customers place food orders online. The ordering system, which was created by Cleveland-based O-Web Technologies, is designed specifically for the quick-service and casual dine-in restaurant industry. Without yet promoting the online ordering option in-store, Pizza Pan has already attracted 327 new members within the first month. The average online ticket is $22.32, which is significantly more than the average in-store check. The system runs off the franchisor’s Web site, yet it was designed for individual franchise owners. “Our online ordering system increases order accuracy and improves productivity by keeping our employees off the phone,” said Mike DeGirolamo, director of franchise development and a franchisee. Pizza Pan currently uses eOrderManager in 15 of its 96 locations and plans to expand online ordering to the majority of its locations by the end of the year.

Panera: The company said that during the second quarter, systemwide same-store sales, for stores open at least one year, grew 3.2 percent: 3.7 percent in company-owned locations and 3 percent in franchise operated units.

Same store revenues (revenues earned in Company-operated stores open for the entirety of both periods) in the Aaron’s Sales & Lease Ownership division increased 9.1% during the second quarter of 2006 compared to the second quarter of 2005. Same store revenues also increased 6.0% for Aaron’s Sales & Lease Ownership stores open over two years at the end of June 2006.

IHOP: Year-over-year same-store sales growth was a respectable 3.1% for the quarter, driven by increased traffic. Promotions such as the Cinn-A-Stack definitely appear to be working for IHOP, and the company has three more planned for the year, including the current funnel cake-related campaign.

Dominos: The same-store sales slide was made up of a 3.2 percent decline at U.S. company-owned stores and 5.2 percent drop at franchised stores. According to a regulatory filing, domestic comps rose 6.9 percent in the same period last year.

Lone Star Steakhouse: The company’s sales at the same stores fell .3 percent and the average check decreased 3.1 percent, while the number of customers increased 2.8 percent. The company has closed 33 underperforming Lone Star restaurants in the first six months of 2006.

McDonald’s: Comparable or same-store sales, a widely used industry gauge of performance, rose 5.5 percent over a year ago, led by a 6.3 percent increase in Europe. U.S. comparable sales gained 4.2 percent despite the flop of its new spicy chicken sandwich, which is being pulled from the menu.

Yum: For the quarter, Taco Bell posted U.S. same-store sales growth of 5 percent and KFC was up 2 percent. Pizza Hut was down 7 percent.

Is This How You Want to Workout?

Maybe it’s a guy thing, but I wouldn’t want to stare at someone for 30 minutes while working out.Â

Interesting nuggests of information about the UPS Store outlets…

Since the acquisition, a UPS spokesman says, overall sales have grown “impressively.” The company doesn’t break out results for its retailing chain. But sales data reviewed by The Wall Street Journal show that domestic UPS Store outlets averaged about $295,000 in revenue last year. Five of the stores had more than $1 million in sales subject to royalty. That number excludes the sale of stamps and other postage and some weekend delivery charges. Mr. Mathis adds that same-store sales, a key indicator, rose last year.

As for capping prices franchisees can charge, the company says it did so because “our research showed that the high rates franchisees were charging simply didn’t sync with what customers were willing to pay.” Customers also found differences from store to store confusing.

Hat Tip, as usual: Paul Steinberg in the forum

While I can understand that pricing consistency is an important marketing tool, it hasn’t hurt McDonald’s or other fast food franchsies that drift from the menu and $.99 specials often. It would be clever for the UPS stores to try and open up “eBay drop off” concept and co-brand it….similar to Dunkin’ Donuts, Baskin Robbins, and Dunkin’ Deli. It would generate a lot of PR, drive business, and reposition the brand as a high-tech, small business friendly store.

Buy a franchise to get into the leasing business?

Leasing can have many advantages for a small business owner: preservation of capital and credit for other expenses and investment in growth, simpler bookkeeping and tax reporting, tax advantages, improves financial ratios, etc.

Why would someone choose to lease from Wirth Business Credit over any of the other many leasing companies? I don’t know, unless their rates are cheaper and terms are more attractive. However, I doubt whether the tight structural constaints of a franchise is the best means to compete in a business where most sales comes down to price and, to a somewhat lesser extent, customer service.

Wirth charges around 9 percent to 14 percent today compared to a bank prime-lending rate of 8.25 percent, Morgan said. Winmark and its franchise owners earn a profit by building fees into the interest rate, much like points that are added to a home mortgage loan…..

Wirth President Mark Hooley said the company stands out from rivals because of its local presence, its automated leasing system that provides approvals in four hours or less, and the ability to finance up to 100 percent of equipment value…..

Wirth franchise owners pay an average of $60,000 to do business in a certain geographic area, including franchise, computer and marketing fees. In exchange, the company provides the brand, the business model, cash for leases, training, marketing and the collection of overdue leases.

I especially agree with the final comment in the article:

“Financing can be complicated and challenging,” Faras said. “But my part of the business is really about sales. You have to already understand sales.”

It often comes down to sales in a franchised or startup business. 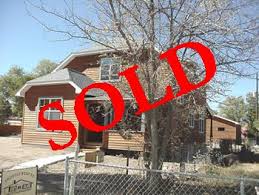 There seems to be a constant flow of articles on discount broker franchises lately. Having recently gone through process of purchasing property using a friend who happens to be an excellent broker, I can recognize the value of paying 5-6% commission for that diamond-in-the-rough selling broker (or using a buyer’s broker who will split their commission with the seller’s broker) who is unconditionally looking out for your interests and not their personal wallet. Without that exteme level of certain dedication and loyalty, I would balk at paying the full commission to a selling broker and I would likely seek the services of a discount broker. As competition from discount brokers increase, more buyers and sellers will be able to command a commission rebate from their broker as well.

Great advice from Paul Steinberg in the forum:

When buying a franchise, remember to ask about any upcoming mandated capital improvements. Particularly in the hospitality industry, many franchisors have a schedule for upgrades/remodels; this is necessary to keep the brand image fresh.

What appears to be a “bargain” price from a selling franchisee may cost more than an “expensive” alternative outlet if the higher-priced outlet has the current decor and the cheaper outlet will be needing a facelift.

GNC‘s same store sales for franchised locations were up almost 5.9% during the 2nd quarter from a year ago. The 1st quarter sales were up 1.5%. At least it’s better than 2003 and 2004 when franchisees experience double digit quarter drops in same store sales.

Check Out the Franchise Forum

Just a reminder – there are many great discussions going on in the forum.

Maybe this will save you time if you are asked to give a best man toast in the future. I know I spent a lot of time trying to think of something to say, time that would have been better spent on business, frankly.

I gave a best man toast in a wedding this weekend in Cincinnati. I liked the way it turned out, so here it is:

I’ve known Tom now for more than 10 years.
We first met at Miami University. We were both rushing the same fraternity.
At a fraternity party, Tom, being the gentleman that he is, offerered me a drink…I accepted…and we’ve been friends and brothers ever since.

But most importantly…
the list goes on through the eyes of Ashley
who looks at Tom and sees
the man of her dreams…
the man who she wants to spend the rest of her life with.

I wish both of you a life together of health, wealth and bliss
that you both deserve.
Cheers.

Inta Juice cleverly received a lot of PR by asking NFL football player Randy Moss to be a shareholder and board member. Celebrity involvement at the management level may help increase brand recognition, and brand recognition generally should be a prerequisite for franchisees before they buy into a franchise system. The buzz will probably occur for the first few franchisors that engage celebrities in this way.

Fuller said the company has received more than 50 calls about opening franchises since the company announced Moss was joining them.

“There are (currently) over 30 locations in eight states, and with the amount of leads we are getting, we’re looking to have at least 50 by the end of July,” Fuller said. “It’s due to Moss and strategic marketing and advertising. But the biggest reason is the media buzz coming from Randy’s involvement.”

“Target and dominate increasing segments” is one of the Goal Tenets of the outstanding Return Driven Strategy developed by Professor Frigo and Joel Litman (a director at Credit Suisse First Boston and Clinical Professor of Business Strategy) at the Center for Strategy, Execution, and Valuation @ DePaul University. I often use the RDS to evaluate and filter franchisors’ strategies. The RDS framework is a means for designing, developing, and evaluating business strategy that will lead to maximized financial value creation.

The American Male franchise understands this Goal Tenet, and is going after the U.S. men’s grooming market, which is expected to reach $10 billion by 2008, up 25 percent from last year. Why try to forge a customer base in a stagnant market when you can much more easily capture a portion of a new, growing market?

For a brief overview of franchises focusing on men’s grooming, check out this article.

Baking a Pizza in 5.5 minutes

Middleby’s new $55,000 WOW! oven is quite an innovation, reducing pizza baking times from 7.5 minutes to 5.5 minutes.

The WOW oven cuts a pizza’s “belt speed,” or cooking time, to five-and-a-half minutes from seven-and-a-half minutes. That means places like Jimmy John’s can serve more customers even as it advertises — and charges for — “gourmet” sandwiches, and Domino’s can deliver faster or to a wider area. The oven creates a more pleasant workplace, too, since the oven stays cooler on the outside.

It’s helping Papa John’s with a “takeout pizza in 10-minutes or less or it’s free” program.

For six years running, consumers have rated Papa John’s no. 1 in customer satisfaction among all national QSR chains in the highly regarded American Customer Satisfaction Index (ACSI). At March 26, 2006, there were 2,924 Papa John’s restaurants (509 companyowned and 2,415 franchised) operating in 49 states and 22 countries.

Here’s another article about the oven.